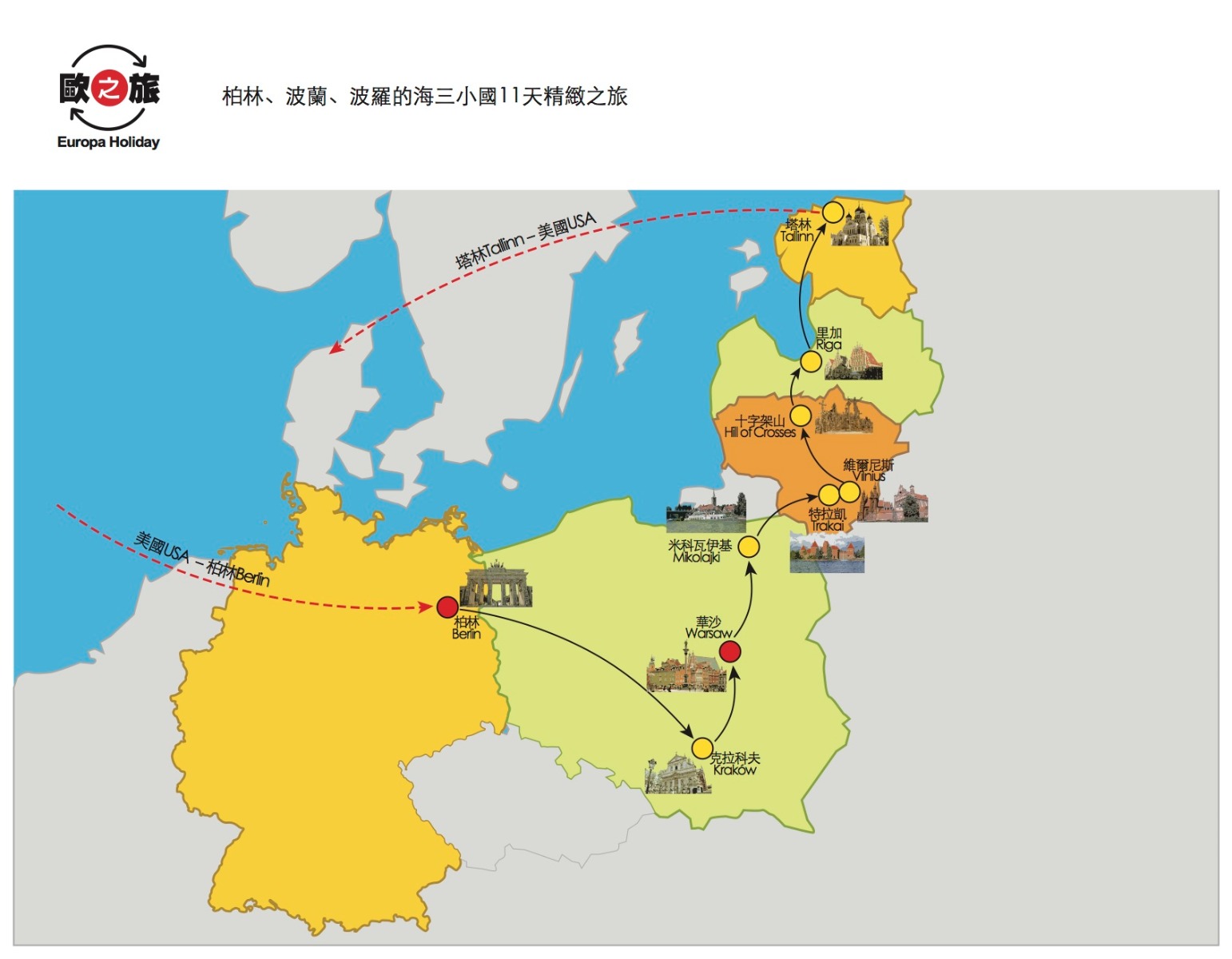 Today, we will take overnight flight to Berlin, Germany, arrive the next day.

★Auschwitz-Birkenau camp located near Oswiecim. The concentration camp was established by the Nazi, from 1942 onwards, the camp became the site of one of the greatest mass murders in the history Of humanity, committed against the European Jews

★Wieliczka Salt Mines, located in southern Poland. It was opened in the 13th century, and remain as one Of the world’s oldest salt mines

◎Hill of Crosses is a site of pilgrimage in northern Lithuania. There are about 55,000 crosses Placed up on the hill

★St. John’s Church has a huge pipe organ and many stained-glass windows

★St. Peter’s Church is the oldest church in Riga. You can climb up to the tower and enjoy Wonderful city views

◎Kiek in de Kok (Peep into the Kitchen) built in 1475, it was a five-story cannon tower. It got its name Is because you could peep
through the wide chimney into their kitchens

★Alexander Nevsky Cathedral is an orthodox cathedral. It was built in a typical Russian Revival style

This morning, transfer to airport for homebound flight to US and ends this unforgettable journey.

Registration and reservation must also pay a deposit of USD $ 500 per person(Once the group is confirmed, the deposit becomes non-refundable, it can be used for future credit for tour group

** If you purchase air ticket on your own, your arrival time to the first destination and your departure time from last destination to U.S. must be the same as our group. If not the same, you must arrange your own transportation to meet group**

*Tour fare is per person in double occupancy

*Tour fare, air ticket, airport tax and fuel surcharge are subject to change based on fluctuation in price, please contact us for more info